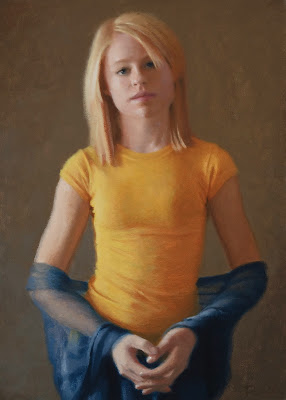 Kelsey sports maize and blue in this small painting, the colors of the University of Michigan Wolverines. She actually attended Central Michigan University, as did I. Kelsey and her mother Darlene were always a pleasure to work with.

This painting is available as a fine art print here. 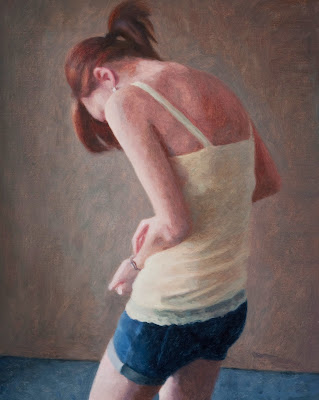 The unfinished feel of this piece seems to capture something of the mystique of this particular model, with whom I worked only once.

Fine art prints are available of this painting here. 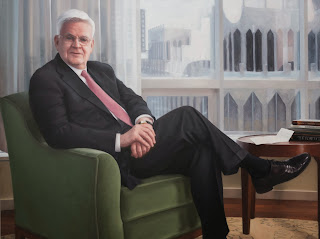 Last Monday was the dedication ceremony for the newly-named Allan Gilmour Mall at Wayne State University in Detroit. The ceremony included the unveiling of my portrait of Mr. Gilmour, who recently retired as WSU president. Previous to that he was an executive with Ford Motor Company. I want to thank Sandra Schemske, the David Klein Gallery, and everyone involved in the success of this project. Thanks also to current WSU president Dr. M. Roy Wilson for his gracious introduction at the unveiling.